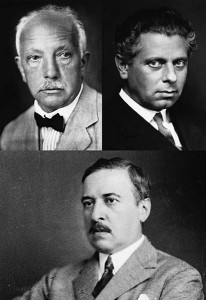 Founded by composer Richard Strauss, poet and dramatist Hugo von Hofmannsthal, and director Max Reinhardt, the Salzburg Festival was born on August 22, 1920. Nestled in the princely baroque town of Salzburg, far from the everyday bustle of the big cities, the Salzburg Festival was immediately recognized as a major destination by the world’s foremost directors and artists. Visitors from 81 countries gather every summer to enjoy the nearly 293 performances—operatic, symphonic, solo, chamber, and dramatic—spanning six weeks in the numerous concert halls and theaters, including the legendary Felsenreitschule (summer riding school) and the Grosses Festspielhaus.

Having now entered the 21st century, maintaining the excellence established from its infancy, the Salzburg Festival remains the cutting-edge laboratory of artistic development that it was on its founding day. As of 2006, the “Haus fuer Mozart” opened its doors as the world’s most acoustically pleasing environment to experience Mozart’s music, a fitting tribute to the town’s most famous son.